I took the code from here and integrated it into a different plugin, and it works just fine. However, I am unable to get it to work via VPN - what’s going on behind the scenes with “WOL.wake” that might be preventing it from working via VPN?

It sends a UDP broadcast of the “Magic Packet” to an endpoint of the address & port you specify. If you don’t specify an address, it’ll use defaults of 255.255.255.255 & port 7. For my integrations, I usually send 1 WOL command with the defaults, wait 500 ms, then send it again with the device’s IP address.

The magic packet is a broadcast frame containing anywhere within its payload 6 bytes of all 255 (FF FF FF FF FF FF in hexadecimal), followed by sixteen repetitions of the target computer's 48-bit MAC address, for a total of 102 bytes. Since the magic packet is only scanned for the string above, and not actually parsed by a full protocol stack, it could be sent as any network- and transport-layer protocol, although it is typically sent as a UDP datagram to port 0, 7 or 9, or directly over Etherne...

I don’t know if WOL is possible on a VPN. I’ve read online from folks saying it is & some saying it isn’t.

I will say, don’t only test in the simulator. Please test in the actual Android & iOS apps too. I’ve gotten feedback from other users that WOL doesn’t always work in simulator.

Appreciate you sharing your work.

Quick question on this: I have been struggling to turn on LG flat screens using the LG media commands. It is possible to control everything with the commands except turning it on after a period of inactivity. Is the WOL concept (and hence the plugin) “universal” in nature or is it geared towards specific devices?

The device has to support WOL. It’s not universal to just any device with a network connection. 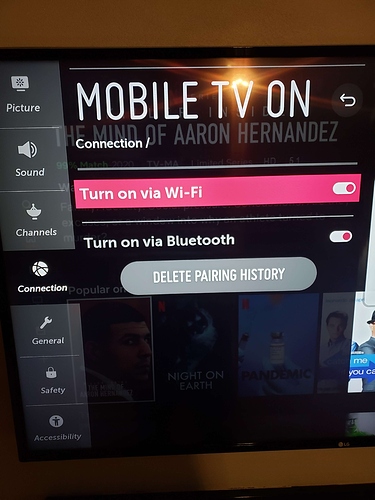 OK cool, yes I did enable that, but I wasn’t aware of the “magic packet” part of the equation.

It all makes sense now.